Taleb is the author of a multivolume essay, the Incerto (The Black Swan, Fooled by Randomness, Antifragile, and Skin in the Game) covering broad facets of uncertainty. It has been published into 41 languages.

We were thrilled to be joined by Taleb himself on September 15th. With over 80 participants tuning in from every part of the world to engage with Taleb, it was an excellent way to get us all thinking about risk, fragility and robustness in a world profoundly altered by the pandemic.

Here are some of the key takeaways:

Two classes of risk - what is COVID?

“There are two classes of risk,” Taleb says. “Things that are multiplicative, systemic and cannot be taken trivially and other classes of risk that are very bad, but that humanity can survive - though not the unfortunate people involved in it.”

A common mistake seen during the pandemic, Taleb says, is the complaint that we “don’t shut down the country for automobile deaths or drowning in swimming pools.” There is a key difference: “if I drown in a pool, I don’t think the neighbour is going to drown in his or her swimming pool. But if I get COVID and die from it, there is an increased probability that the whole neighbourhood will have higher cases of COVID.”

COVID-19 is concerning precisely because it falls into this category of systemic, multiplicative risk in which cases can double and triple within a matter of days like what happened in early January. 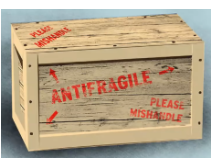 What is an antifragile business?

“This is actually very good news. If we understand at least how to be robust to chance and how to benefit from uncertainty, we realise our ancestors were good at it,” says Taleb.

The issue comes with the total avoidance of trouble. “You’re going to have trouble if you don’t have a system to benefit from trouble,” Taleb says. 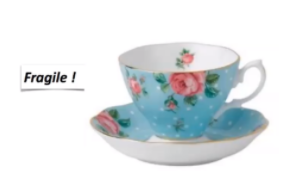 What makes something fragile? 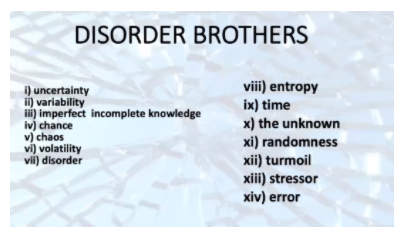 This made many of us pause to think: how do we as individuals and professionals respond to these Disorder Brothers? And how can we make ourselves the opposite of fragile?

What are some examples of antifragile and fragile systems?

A central mistake we make, Taleb says, is believing “lowering risk comes from lowering variability.” Taleb points to the example of Syria, in which years of stability resulted in a case of “once the lid is removed, everything collapses.” Italy, in contrast, “in constant turmoil all the time, derives stability from that.”

Some famous successful examples of this include:

These city states and countries that had nothing learned to navigate and trade, turning their lack of resources into immense success. Can you think of any businesses who have done the same? Or any times in your own life where you have had nothing and had to learn to adapt/had success because of it?

How to engineer antifragility in business?

Look to Silicon Valley, that has the highest rate of bankruptcies. “People learn to fail early. Effectively the higher the bankruptcy rate, the more start-ups you have,” Taleb says. “Because of trial and error.”

In the case of Netflix, their engineers have a ‘Chaos Monkey.’ “They don’t have stressors so they created the Chaos Monkey that will hack their system continuously, randomly, wreaking chaos and the system adapts to overcome these problems.”

In his own approach, Taleb focuses on “what can destroy you” and doesn’t worry about the rest. “That a company should shoot for stability is of course important. The problem is it always comes at the expense of other things. Typically hidden risk or delayed risk.”

What is the lesson here? We have to worry about the bad things, but we have to use our understanding of randomness and unpredictability as fuel to get better.

Which animal is more antifragile?

Our instinct might tell us the elephant is more antifragile: it’s bigger, stronger, heavier etc. However, as Taleb points out, that is not the definition of ‘antifragile.’

“If you have acceleration, you are fragile. That’s the nature of nonlinearity. Fragility is dose dependent. If you throw a mouse out of a window, it won’t care. You throw an elephant one metre, it breaks a leg and it’s done. It can’t keep up with the herd.”

How does this concept apply in business? The bigger the project, the more you mishandle or stand to lose from uncertainty. How many of us have acceleration that makes us fragile?

Skin in the game

Skin in the game is the idea that if you have your own money at stake and you’re a bad risk-taker, you’re going to go bankrupt first. Family-owned businesses will often have skin in the game or even soul in the game and will survive for longer. Hedge funds, for example, are good for skin in the game because investors put in their own money.

“The idea of skin in the game is not incentive,” Taleb says, “it’s about having a disincentive if something fails - and it doesn’t always have to be financial, it can be shame.”

This concept generated a lot of interest from the group:

Dr. Pradeep Nerayanuri of Tata Steel asked this excellent question: how do we develop or inculcate a skin in the game among employees?

Venkataraman SV, Managing Director, ANZ: Skin in the game - how do large, already running firms create it - is it through cultural transformation, modified compensation plans, structure or training?

So, is it possible to architect skin in the game across an organization?

“You have to let those entrepreneurs who have skin in the game be part of something,” Taleb says. “Teach people to start companies early on and fail. Learning to fail and the social aspect of failing is quite central if you want to develop. Lose small, to make big. The way you milk randomness is through trial and error. Push people to do trial and error within a company, within a country, within a generation.”

Removing the stigma around failure is essential if we’re going to grow and we need to allow the space for that to happen.

Looking far into the future is something of an illusion, Taleb says, but looking ahead to 2021 he shared the following:

“COVID is going to run the show,” he says. “We will go back to the environment between the great plague and later. The plague came from commerce and travel, not from armies and wars. After the great plague you had a continuous paranoia on behalf of governments,” he says. Quarantines were imposed back then and they managed to contain their pandemic, so reduced mobility will be key to containing the pandemic.

Taleb is worried about hyperinflation, as governments lack skin in the game and will print money as a solution to economic fallout.

Consumers will shift behaviour in terms of trust and their spending will determine the survival of many industries such as restaurants.

People will continue to move out of big cities because of safety fears and the possibilities presented by Zoom and remote work. That will have an impact on real estate and investing in properties with home offices.

In terms of investment, Taleb recommends putting money and time into things related to safety from COVID and divest from things that are vulnerable to fallout from the virus e.g. restaurants or conference halls.

The labour market will be impacted by remote work too, as more employers can hire globally without the headache of providing work visas, causing a deflation in the US market. Wherever in the world, “you can hire the specific skill and keep that person, unless they enact laws on that,” Taleb says, “which I doubt.”

We thoroughly enjoyed our conversation with Nassim Nicholas Taleb and are immensely grateful for his taking the time to meet with the Sandbox community. There was so much to cover and such a brilliant range of diverse, thought-provoking ideas shared. To keep the conversation going, we invite you to participate in a Learner Live and Networking Session on September 29th. You can find out more information here.

Maia Jenkins is a writer and teacher based in the United States. She has written for various publications, including British GQ, the Threepenny Review and Grazia. She is also winner of a Pushcart Prize.
NEXT STORY: The Future of Global Work

ChatGPT vs Human Creativity: Why chatbots just aren't ready to tell stories on their own yet

Performance Review: How to ace your chances of getting that pay raise

The office of 2022: Revisiting trends that shaped the world of work this year