As part of our latest Sprint on Mindfulness, we at People Matters were joined for an exclusive interaction with Dr. Ellen Langer, Professor in the Psychology Department at Harvard University. Considered by many as the “mother of mindfulness,” Dr. Langer’s books include Mindfulness, The Power of Mindful Learning, and Mindful Creativity. She received her Ph.D. in Social and Clinical Psychology from Yale University in 1974. In the late 1970s, she became the first woman ever to be tenured in psychology at Harvard University. Prof. Langer has spent decades studying both mindless behavior and its opposite and is a recipient of the Liberty Science Genius award & Four Distinguished Scientific Awards.

During this power-packed, inspirational session Professor Langer touched on how mindfulness affects our health, our competence, our productivity, our psychological well-being and our understanding of mistakes. Mindfulness - and it’s opposite, mindlessness - weaves itself through our entire lives if we are only willing to start “actively noticing.” 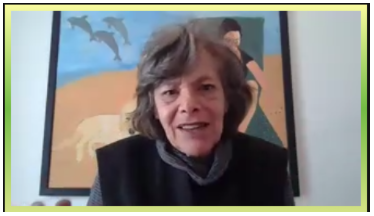 There were innumerable quotable moments from Professor Langer’s presentation. Here are just a few key takeaways:

Mistakes are beautiful - don’t fear them

Professor Langer emphasised how leaders should create a culture in which mistakes are not feared.

“A mistake in one context may be a success in another,” Professor Ellen said, citing the example of 3M who, upon creating a glue that failed to adhere, went on to invent the Post-It note. “My guess is they made far more money with the Post-It Note than they did with one more glue.”

As Professor Langer points out “when you realise failures in one context may be successes in another, this reduces stress and increases innovation.”

“Most of our suffering -- personal, interpersonal, professional, global -- is the direct or indirect effect of mindlessness,” says Professor Langer. So, what is mindlessness? Essentially, when we are stuck in a rigid, single perspective, a view of the world governed by what we think we know based on past experience. Mindlessness is “insensitive to context” and “rule and routine governed.”

For example, in the past, when learning to drive, we were told to gently pump the brakes to negotiate icy conditions. However, the mechanics of vehicles has now evolved so that stepping on the brake and holding down is now the safest for slippery surfaces. However, this prior ‘fact’ remains unquestioned and many of us still pump the brakes on icy roads. What was once the safest course of action has become a dangerous act.

The key point here is that ‘facts’ are not static, unchanging and immune to context. We must question everything and continually be mindful to reexamine what we think we know.

Instead, we should adopt a strategy of “mindful optimism” in which you make a strategy and then just carry on with living. Particularly in the time of the pandemic and heightened uncertainty, it can be challenging to remain mindfully present and optimistic. However, a mindful optimism strategy under the pandemic looks like this: social distancing, wearing a mask, washing your hands and carrying on with life. “Stress is something we can control. Events don’t cause stress. What causes stress are our views of events," Professor Langer adds.

Mindfulness is contagious and visible

“It’s not just that our mindfulness improves performance and health, our mindfulness is visible to others,” Professor Langer says. When somebody else is mindful, they also appear more authentic, trustworthy and charismatic. Professor Langer cites the example of a study in which two groups of magazine salesmen were given a script to follow. One group was told to mindlessly stick to the script, while the second group was told “make it new in very subtle ways only you would notice.”

The act of ‘making it new’ meant the second group were forced to be more present. Ultimately, the clients assessing the salesman evaluated the second ‘make it new’ group as not only more charismatic, but better able to sell magazines.

Therefore, when we make the effort to be mindful, others can perceive it and respond positively to it.

The Business Case for Mindfulness

One of the core tenets of Professor Langer’s presentation was how mindfulness and being mindful can help with our health. In a famous experiment, a group of chambermaids were asked how often they exercised. Most of them said they never exercised, but half the group were told that the tasks they completed everyday at work - such as changing a bed - were equivalent to a full workout at the gym. Three weeks after being told to think of their work this way, the experiment found “those who now see their work as exercise had lost weight, there was a change in waist-to-hip ratio, BMI and their blood pressure came down.” Simply through changing the way they viewed the work they did everyday, the chambermaids physical health improved.

As Professor Langer pointed out, business leaders are interested in the bottom line in a financial sense. By harnessing mindfulness in an organisation, Dr Langer invites us to ask, what improvements could be made in terms of less absenteeism, less stress & burnout, more energized and focused work? Not to mention the creative ability to turn mistakes into successes simply through actively noticing a financial opportunity where others would see a total failure.  All of these factors, of course, ultimately have a big impact on the bottom line.

What a wonderful session and our heartfelt thanks to Professor Langer for giving us much to consider.

These sessions are exclusive by invitation to People Matters Sandbox & BeNext Members, visit us at to know more how to be part of this community.

Maia Jenkins is a writer and teacher based in the United States. She has written for various publications, including British GQ, the Threepenny Review and Grazia. She is also winner of a Pushcart Prize.
NEXT STORY: From free snacks to employee wellness

Plug-n-Pay: Ceridian’s Rob Squires on why on-demand pay could become a competitive advantage in talent war

There you go! Movement Matters - a weekly moves tracker!

Where in the world do you find the best work-life balance?

Book therapy: Get cracking at your workplace with these life-lessons from classics

Higher expectations must be matched with higher value.

READ our latest issue to find out how employers are ramping up EVP.