Drew Fernandez is the Global Chief People Officer for Coca-Cola Bottling Investments Group. Drew sits in the Global HR leadership team of The Coca-Cola Company and in the Senior Leadership Team of the Coca-Cola Bottling Investments Group, responsible for about 45,000 associates and 800 HR professionals across all Coca-Cola-owned bottlers around the world. Prior to this role, he took on numerous leadership positions such as the Vice President and Chief People Officer of Coca-Cola Philippines and as the Chief Human Resources Officer Asia Pacific for Sitel Group at the time when the company was recognized as PMAP People Program of the Year for their work on Sitel Academy. 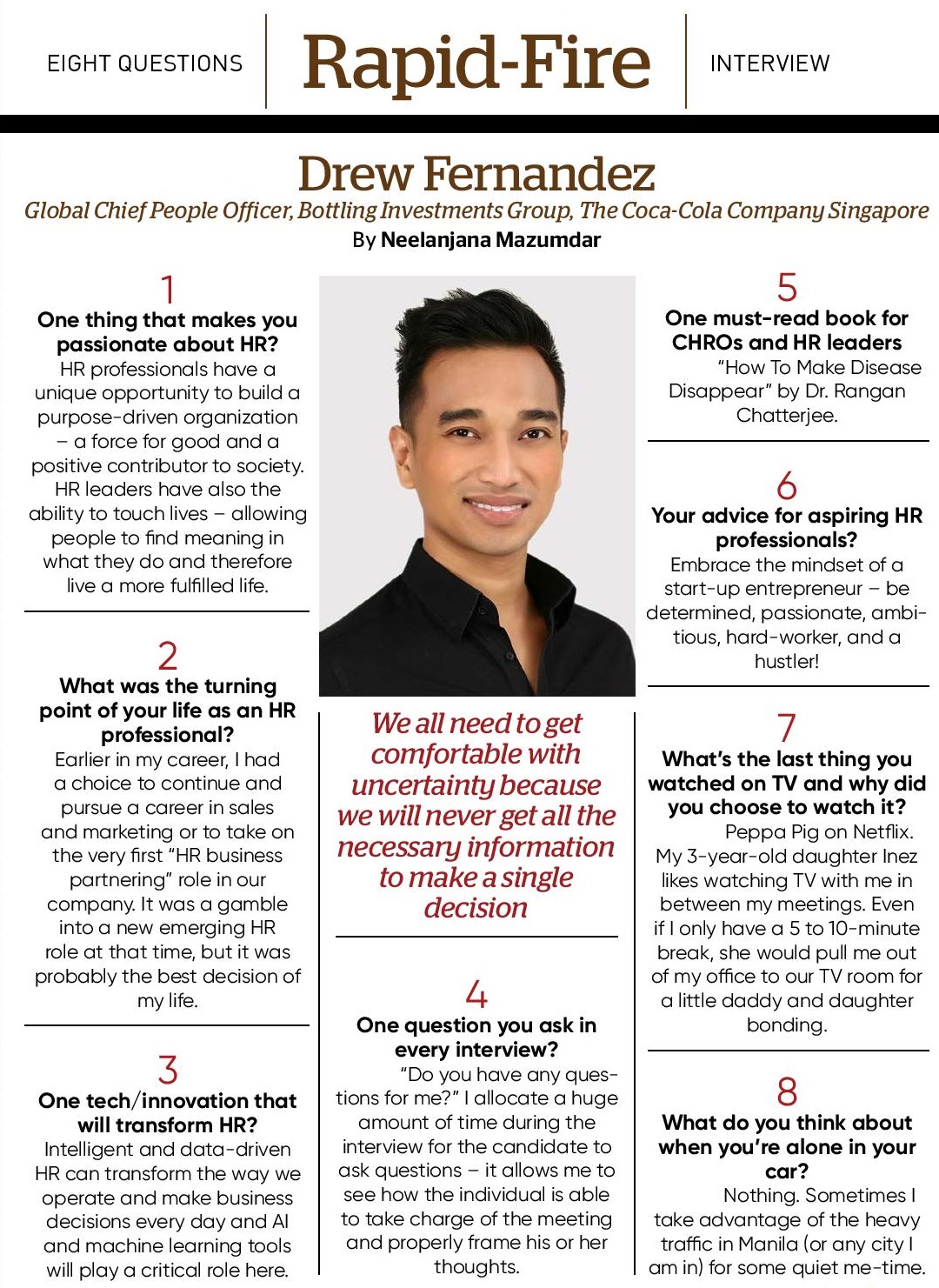 Neelanjana works with the Editorial Team of People Matters as Assistant Manager - Content Projects & APAC Community Lead. She is responsible for managing content for India, SEA & ANZ website. She leads and manages end-to-end processing of guest articles from Senior HR and Business leaders. She also takes care of the community engagement for various branded projects for the company. With ace networking skills and eye for details, she thrives to bring fresh and renowned HR and business leaders on board.
NEXT STORY: Day 2: WEF Jobs Reset Summit Key Highlights

AT&T employees "being forced" to go back to office

Companies should listen and evolve with their employees: CleverTap’s CEO

View from the Top | Tina McCreery of Deloitte Australia

View from the Top | Tina McCreery of Deloitte Australia