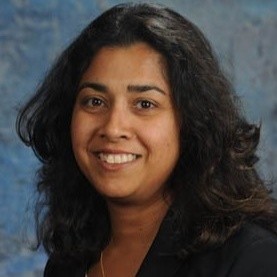 D'Souza has two decades of HR experience in large industrial companies around the world. Before joining Bekaert, she was Vice President Human Resources for the EMEA region of The Goodyear Tire & Rubber Company, and prior to that she was Director, Human Resources, for SABIC in Europe. She also spent several years in GE, taking on increasingly senior HR roles.

In her new role, D’Souza leads STMicroelectronic’s global HR organization including the people development, performance management, compensation & benefits, and recruitment functions. She will also play a critical role in driving the company’s sustainability strategy and programs, according to the announcement. This includes the company's goal, announced last month, to become carbon neutral by 2027.

She is a member of ST’s Executive Committee and reports directly to President and CEO Jean-Marc Chery.

Mint is working as a Senior Editor with People Matters. You can reach her at mint.kang@gopeoplematters.com
NEXT STORY: StanChart to offer staff decentralized offices

Charting the evolution of HR in 2023

eBay plans to slash 500 jobs in latest round