2020 has been a year when HR professionals flocked to AI-powered tools, seeking solutions that could consolidate and streamline routine administrative tasks and thereby free them up to deal with the numerous challenges of the pandemic.

At employee experience platform Leena AI, the rush to digital solutions was reflected in the sudden growth of their client base. According to the Leena AI team, they have brought on board more than 50 large organizations within the last six months alone, including huge multinationals like Nestle, the Piramal Group, and the Trident Group. That's as many customers as they gained within the first two years of their launch in 2018.

Why the need for AI and automation?

The main challenge many of these companies faced was in responding more promptly and clearly to employees' queries, which had shot up even as communication with HR executives became increasingly difficult and the HR teams themselves faced an ever-growing workload.  Uncertainty around the organizational response to the pandemic, concerns about the security of their jobs and their income, questions about their benefits during the rush to work from home—there was more than HR teams could handle alone.

“The companies needed a solution that could help them respond to parallel employee queries, make the ticketing process more transparent, and streamline routine HR processes like leave application, attendance management, payroll management, and other employee transactions,” explains the Leena team. “Tech adoption became their primary solution, and they started adopting conversational AI sooner than they had planned initially.”

The solutions, it turns out, have lasting effects that will benefit the companies even after the pandemic. 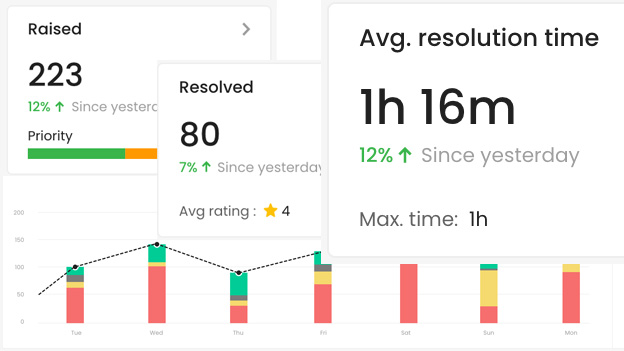 Conversational AI can consolidate the communications channels between employees and HR, making queries much easier for the HR team to handle. At AirAsia, for example, the HR team was being swamped by emails, phone calls, and messages on a variety of platforms. AirAsia operates in 25 countries and has subsidiaries around the region, with different HR teams and policies at every location. Furthermore, there was no consistent channel for employees to submit their queries.

AirAsia's HR team approached Leena AI for a solution that could efficiently manage all their employee queries on a single platform. So, the Leena team automated the employee query resolution process and added support for multiple languages—Thai, Malay, Bahasa Indonesia, Burmese, Vietnamese, and Chinese, in line with the countries served. This took a large part of the burden of the HR team's hands, and also gave employees the option to raise tickets around the clock without having to wait for HR personnel to come on duty.

The automation reduced employee tickets by 30% in comparison to 2019, according to Mo Khurram Zia, AirAsia's Head of People Operations—freeing up the HR team to deal with other tasks. “It has helped Allstars in AirAsia to get their policy queries resolved quicker using our 24x7 available conversational platform,” he said. 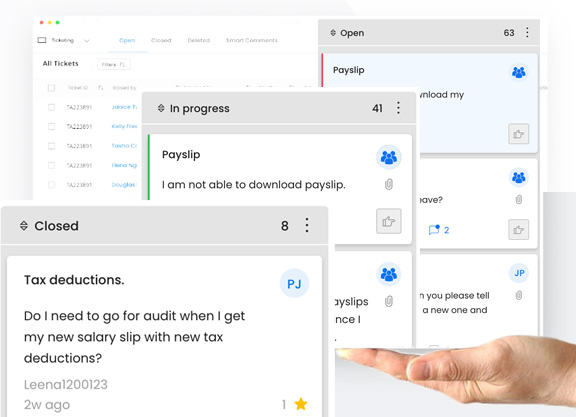 Coca-Cola Vietnam had a problem with the time taken to approve requests. For example, high-value travel requests used to require high-level approval: either the CEO or the Director had to sign off on these requests, which was not the best use of senior executives' time.

The problem extended to almost every single request. Information on policies and processes was not easily available, and employees had to reach out to the HR executives every time they wanted any information, no matter how minor—which took up the HR team's time and delayed the response significantly.

The team at Leena AI solved this by creating a single communications interface that integrated all the important HR systems used by employees: SAP SuccessFactors, Workplace by Facebook, and the company's attendance system. This interface acted as a virtual employee helpdesk, taking routine queries off the HR executives' hands and, from the employees' point of view, greatly speeding up the time taken to resolve their queries.

“We have centralized all our HR services into Leena AI and made it a single point of contact. And have saved 40 per cent of our time spent on approvals and requests,” estimated Dat Luong, Digital Solution Manager at Coca-Cola Vietnam. “Leena AI has helped us a lot in the Digital Transformation journey.”

A one-stop platform for all employees' HR queries 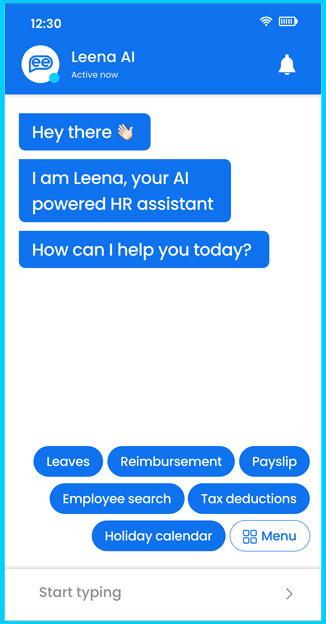 Employees do very much appreciate a simpler and faster process for making queries and getting the information they need, as shown by the success of a one-stop platform at Hindustan Coca-Cola Beverages. The company at first had no dedicated platform where employees could ask questions and raise requests, and most of the processes were managed manually, which often led to delays.

The solution here was to create a platform, integrated with HCCB's internal systems, that automated routine processes and allowed employees to raise requests on the go. When the Leena AI team rolled out this platform, employees took to it almost at once, and by now more than 80% of the employees use Leena AI to get the information and raise the requests they need.

The number of employee tickets has gone down by a “significant amount”, according to Ejas Mudar, National Manager - Digital, HCCB, and on top of this, the interface monitors health and safety across the company too. The next step, he said, will be to make use of the data that Leena AI has gathered, to improve it further. “We are now beginning to track individual modules to identify where we have the biggest usage, and where our opportunities are.”

The way forward: ease of use and quick resolution

Tools and technology seldom come under the spotlight in discussions of employee experience, but in fact, they are a critical component of keeping people satisfied with their work. A 2018 PwC survey found that some 75% of employees would prefer partly or fully digital interactions for common HR tasks such as scheduling, benefits, or updating of personal information, and now that the pandemic has heightened safety concerns this year, the number may well have gone up.

But then, with automation having such clear benefits in ease of access to information, convenience in making queries or requests, and most importantly, speed in getting the queries resolved, it's clear why many would prefer digital tools if they had the option.

Mint is working as a Senior Editor with People Matters. You can reach her at mint.kang@gopeoplematters.com
NEXT STORY: People Matters L&D SEA Conference 2021: Rev-Up Growth

Tech trends that will hold the edge in 2023