According to a recent Glassdoor research, in Singapore, there are 20 percent more job applications started on the site as compared to a typical month.

Across the world, countries such as Canada, Mexico, and the United States have revealed similar data with 20 percent, 23 percent and 22 percent more job applications respectively. France led the way with a 29 percent increase. 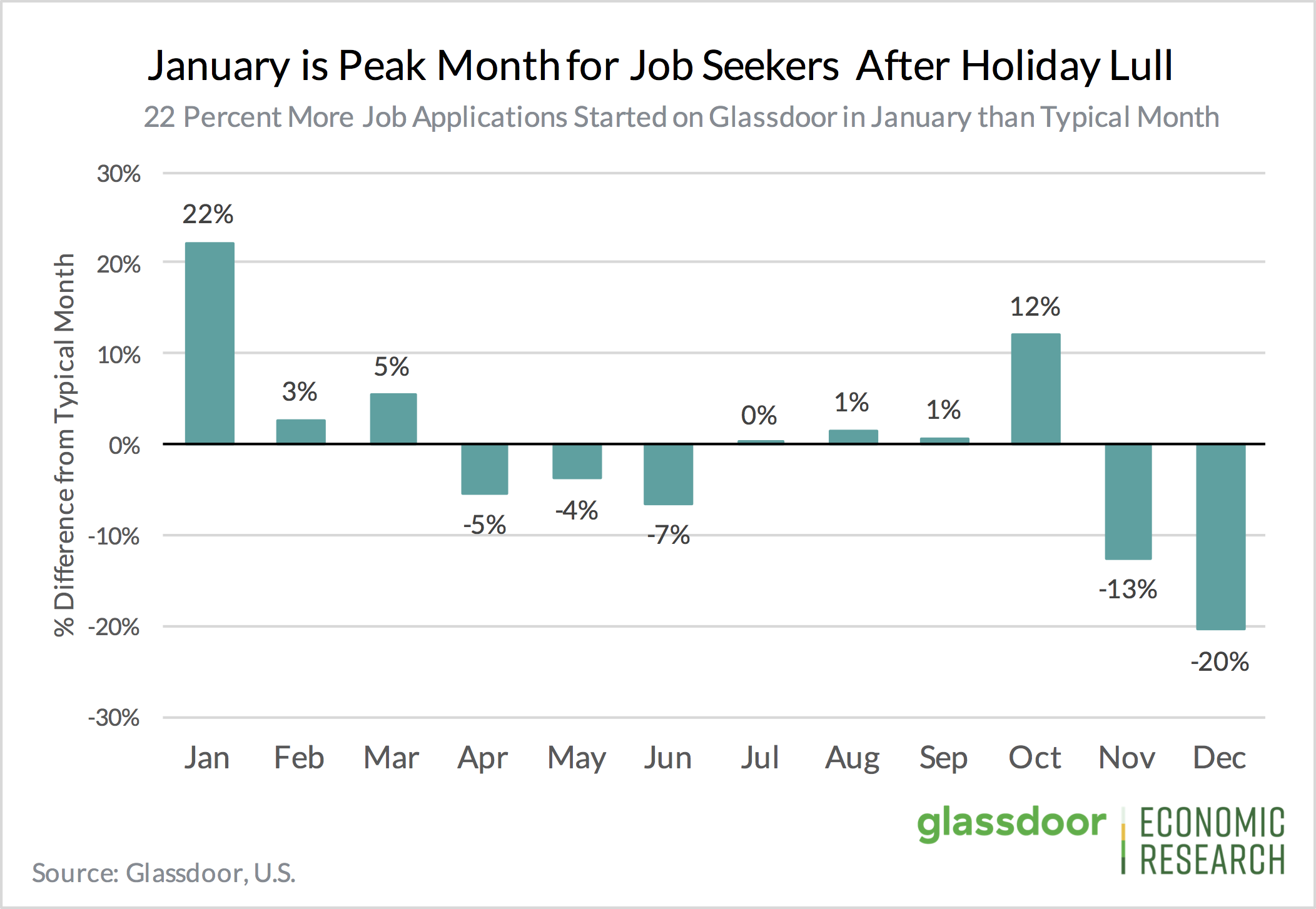 While this means it is a good time for employers to build up their talent pipelines, many still do not take advantage of the opportunities presented.

Instead, employers are slower to post new job openings during this month – in Singapore, there are 2 percent less job openings in January as compared to the typical month; while in Canada, Mexico, and the United States, there are 1 percent, 7 percent, and 4 percent less.

The January surge is most prominent in France, where there is a 29 percent increase in job applications started on Glassdoor compared to a typical month. Among the countries we analyzed, Brazil has the smallest application surge, but still a healthy 11 percent bump. In today’s tight labor market, it’s likely employers would welcome an 11–29 percent increase in their applicant pools. 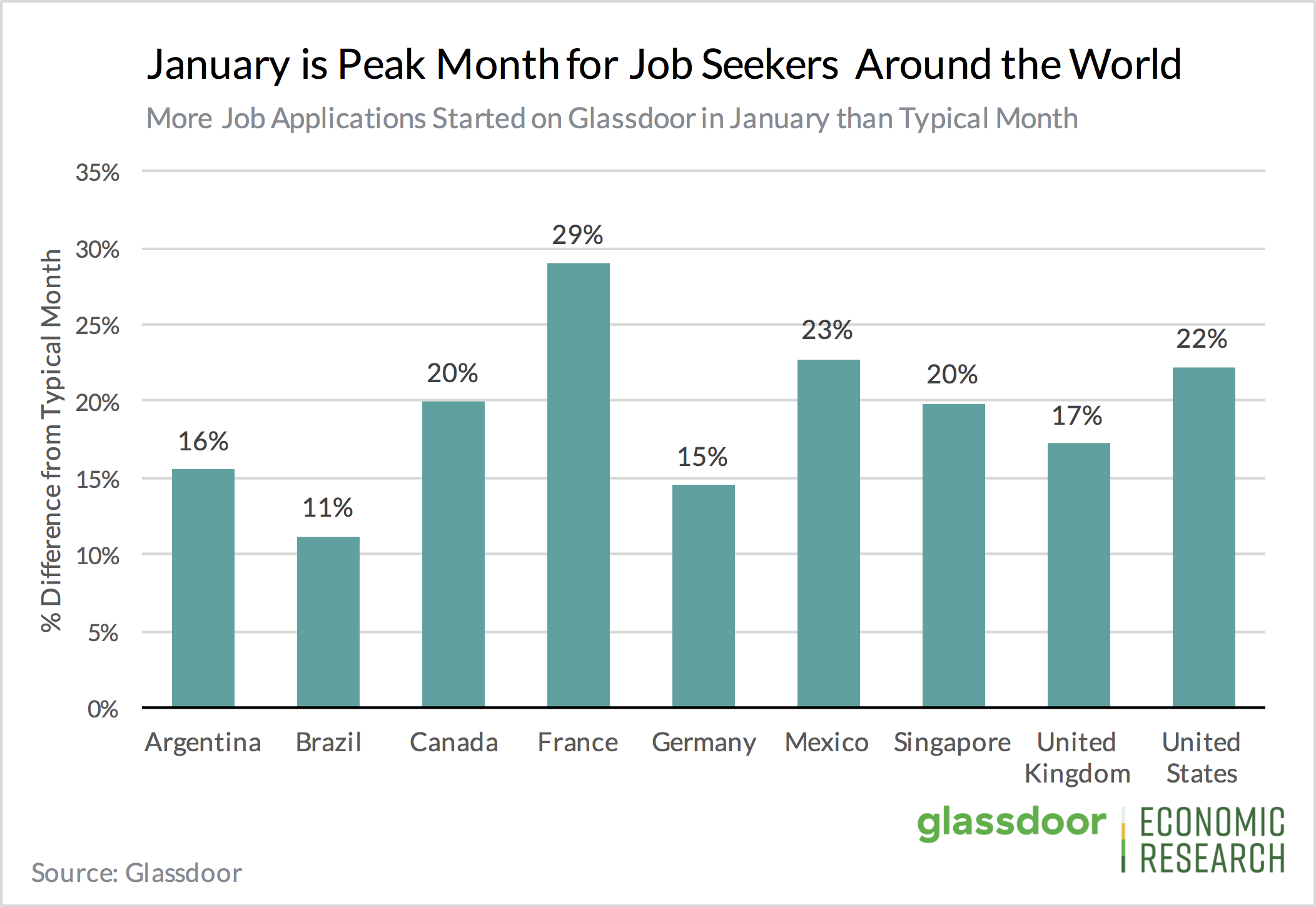 Given this, employers do still have plenty of opportunity to hire in the first quarter of 2020, and should make full use of the availability of fresh graduates over the coming months. 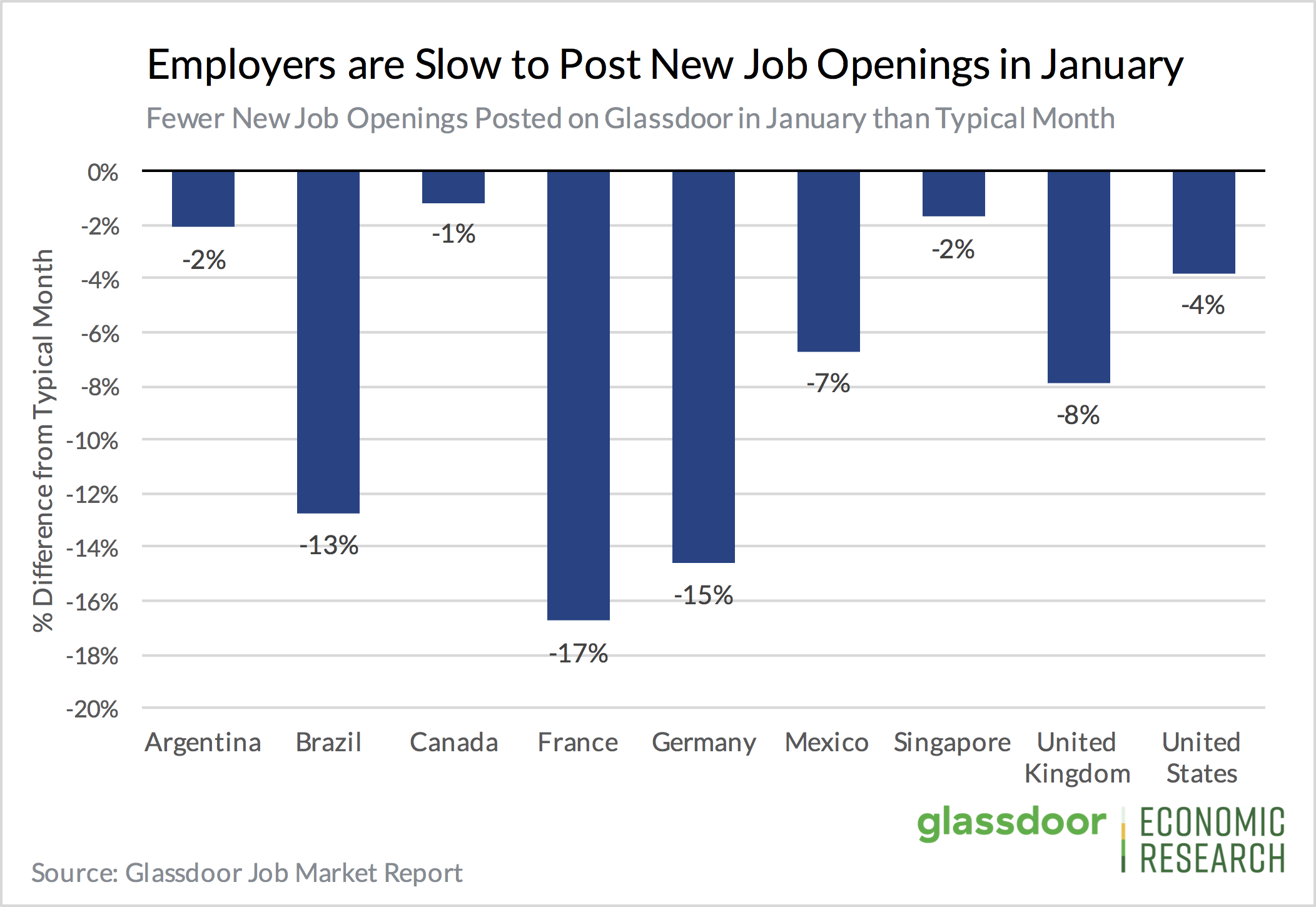 While employers may be slower to kick off the new year with fresh job opportunities, job seekers shouldn’t be discouraged. There are still plenty of job openings open at the start of the new year, including roles left unfilled during the holiday lull that recruiters are eager to fill.

Anushree is an Assistant Manager- Content at People Matters. She holds an MBA in Human Resource Development from Delhi School of Economics. You can reach her at anushree.sharma@peoplematters.in linkedin.com/in/09anushree twitter: @AnushreeS09
NEXT STORY: HPE Singapore appoints new MD

What is the one top talent trend you are looking forward to in 2020?

Google, Facebook are no longer the Best Places to Work: Glassdoor