The World Economic Forum has just released its latest report on the gender pay gap for 2020 – and it makes for mixed reading.

The report estimates that global gender pay equality will now be reached in just less than 100 years. While this might seem far away, the report catured an improvement on last year’s finding of 108 years, while more than 66 percent of the countries surveyed made progress last year.

The most significant overall improvement this year was in the area of political empowerment (the recent rise of Sanna Marin to the Prime Minister Finland is a good example of this). In education and health, overall, over 95% of gender gaps have narrowed.

Clearly, there still remains much work to do. In Asia an estimated 163 years is needed to close the gender gaps in the region – longer than any other part of the world. Hong Kong, for example, can do much more to address these sobering statistics.

In Hong Kong, only 55 percent of women are in the workforce and they are also underrepresented in the Executive Council, Legislative Council, and District Council as well as on boards and in management.

Globally, Iceland leads the way in gender pay equality (for the 11th year running) followed by the Scandinavian countries, excluding Denmark. The most-improved countries were Albania, Ethiopia, Mali, Mexico and Spain. The only APAC country in the top 10 was New Zealand, coming in at sixth.

The Global Gender Gap Report 2020 benchmarks 153 countries on their progress towards gender parity in four dimensions: Economic Participation and Opportunity, Educational Attainment, Health and Survival and Political Empowerment. In addition, this year’s report examines gender gap prospects in the professions of the future.

The report presents a decidedly mixed picture. Overall, the quest towards gender parity has improved, ducking back under a century and registering a marked improvement on the 108 years in the 2018 index. Greater political representation for women has contributed to this, but overall the political arena remains the worst performing dimension.

At the other end of the scale, it is forecast to take just 12 years to attain gender parity in education, and in fact, overall, gender parity has been fully achieved in 40 of the 153 countries ranked. 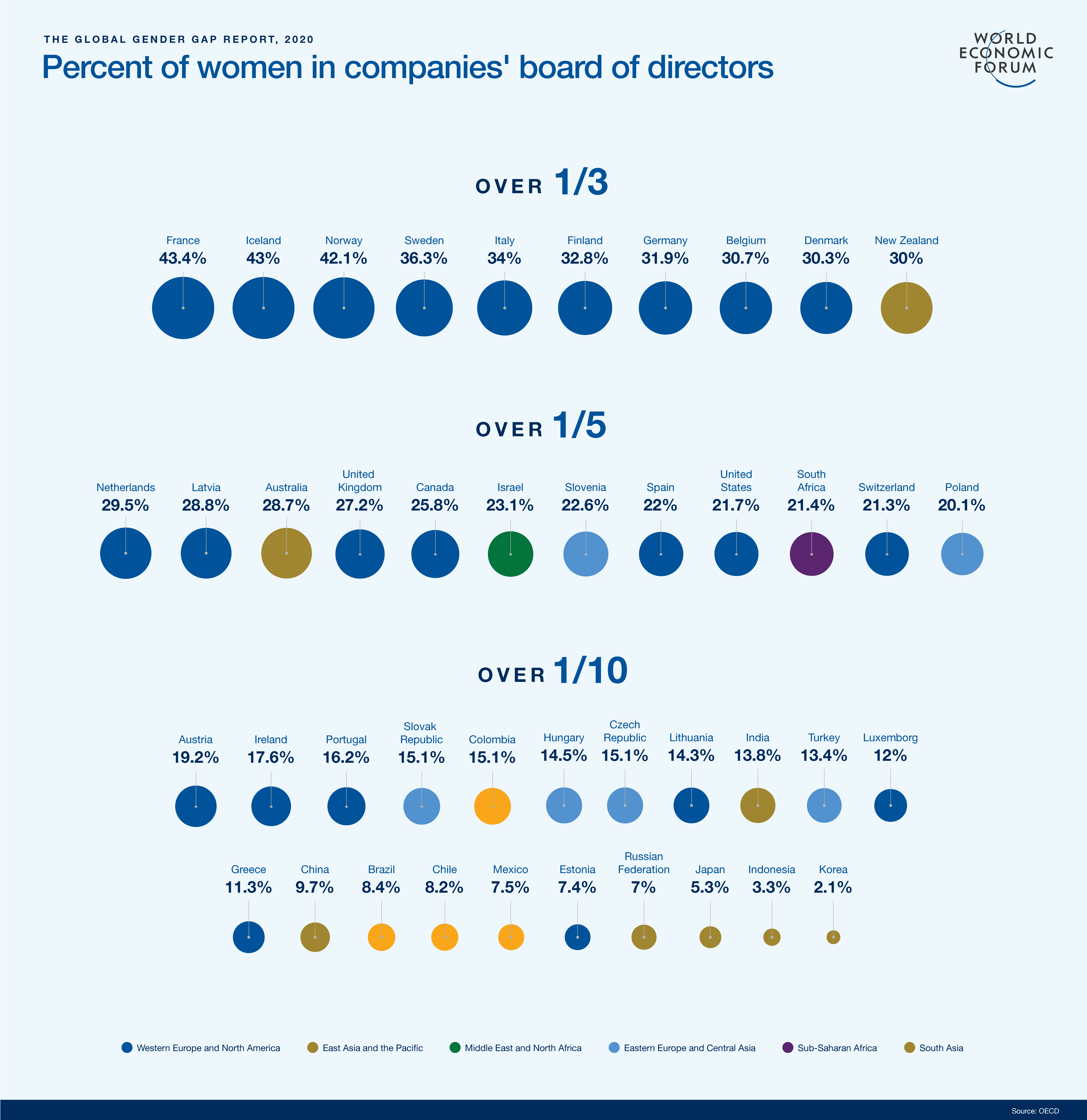 Anushree is an Assistant Manager- Content at People Matters. She holds an MBA in Human Resource Development from Delhi School of Economics. You can reach her at anushree.sharma@peoplematters.in linkedin.com/in/09anushree twitter: @AnushreeS09
NEXT STORY: January is peak month for job seeking: Glassdoor

For how long do you think the current pandemic situation will impact the world of work?