The report finds gains in the number of women, black and Latino workers among new hires. The hiring of women rose to 33.2% (+1.9 ppts) globally and to 34.9% (+4.5 ppts) in the U.S which is one of the biggest increases for any underrepresented group. “Hiring is a critical indicator of future trends, so we’re encouraged by this momentum and will continue to invest in this,” cites the report. 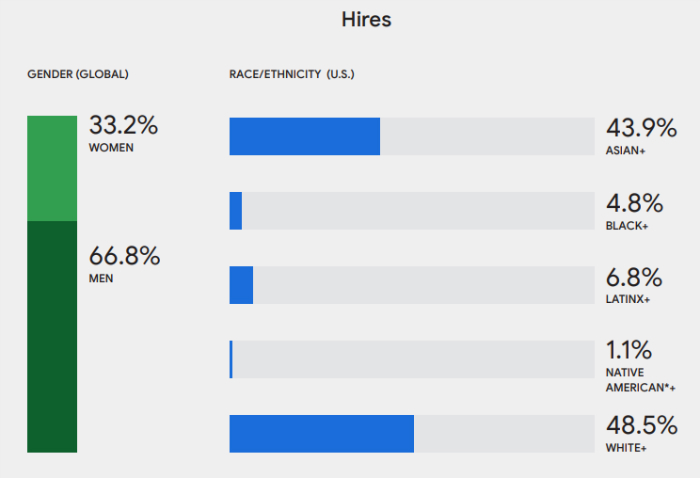 The attrition rates for women and most under-represented groups declined, the Alphabet said in its report. However, black workers continued to have the highest attrition rates, which cited race data for U.S. employees.

“We saw improved attrition rates for Google’s employees of color in the U.S. compared to previous years (with the exception of Native American+ employees).” The already-low attrition rate for Asian+ employees moved even further below the Google average, according to the report.

Mastufa is the Editor & New Product Content Strategist with People Matters Global. With over 15+ years of experience, Mastufa covers the global talent and tech industry including #People #Data #Tech #Culture #Leadership #Innovation #Skilling #FutureOfWork. He is also the editor of the People Matters Global magazine. Read the latest issue here: tinyurl.com/PM-MagazineAugust2021Issue. You can reach out to him at mastufa.ahmed@gopeoplematters.com.
NEXT STORY: Uber makes Singapore the APAC hub of operations