There has been a long going debate on promoting migrant working professionals vs creating stricter policies to promote local talent. A few weeks back, Senate Estimates revealed that the government had increased the planning levels for employer-sponsored visas by 1,500 places, and the discussions have resurfaced once again. For Australia, while the number of job opportunities continues to increase, the lack of availability of right talent also persists.

The increase in job vacancies

As per Australian Bureau of Statistics (ABS), job vacancies are rising at the moment. In February, there were 289,000 vacancies (up by 13 percent) in the last three months.

The majority of them were in the private sector, about 260,300 and in the public sector roughly 28,400.  The sudden burst of hiring in February has led to a decrease in the unemployment rate from 6.3 percent to 5.8 percent, which was much faster than experts had expected.

But the drop in the unemployment rate and the increase in job vacancies is not enough for economic development, as employers report difficulties in finding suitable talent. According to a Google study, 42 percent of Australian businesses reported that local innovation was mainly being held back by a lack of human capital, with the figure expected to surge higher this year.

While Australia has great potential to innovate and digitally transform, the lack of availability of skills holds back the country. The pandemic and the subsequent lockdown on travel has further worsened the situation. As a result, most of the opportunities and the potential remains unrealized. 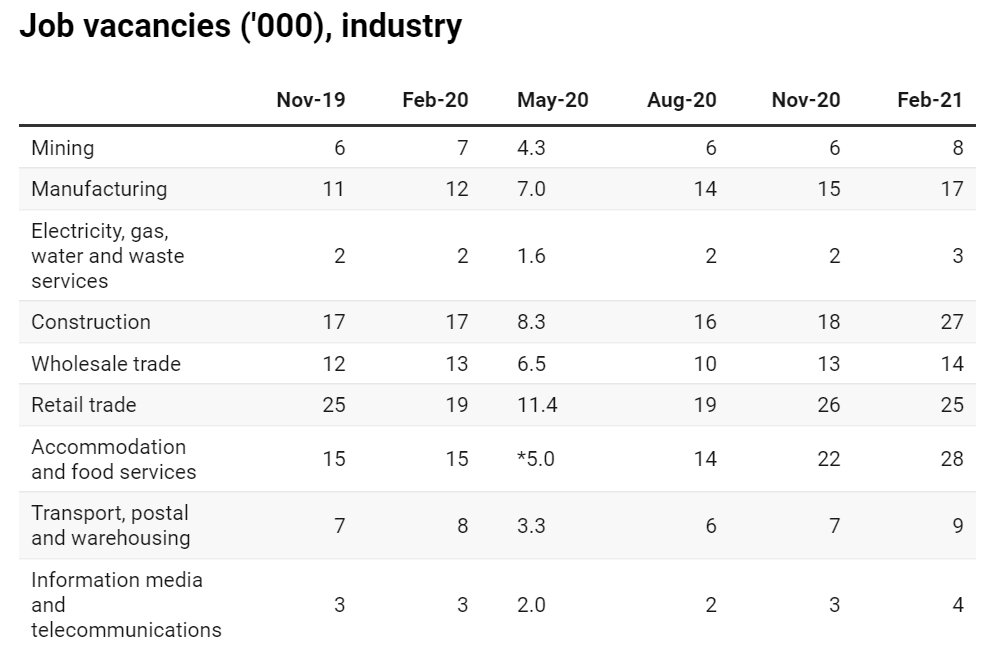 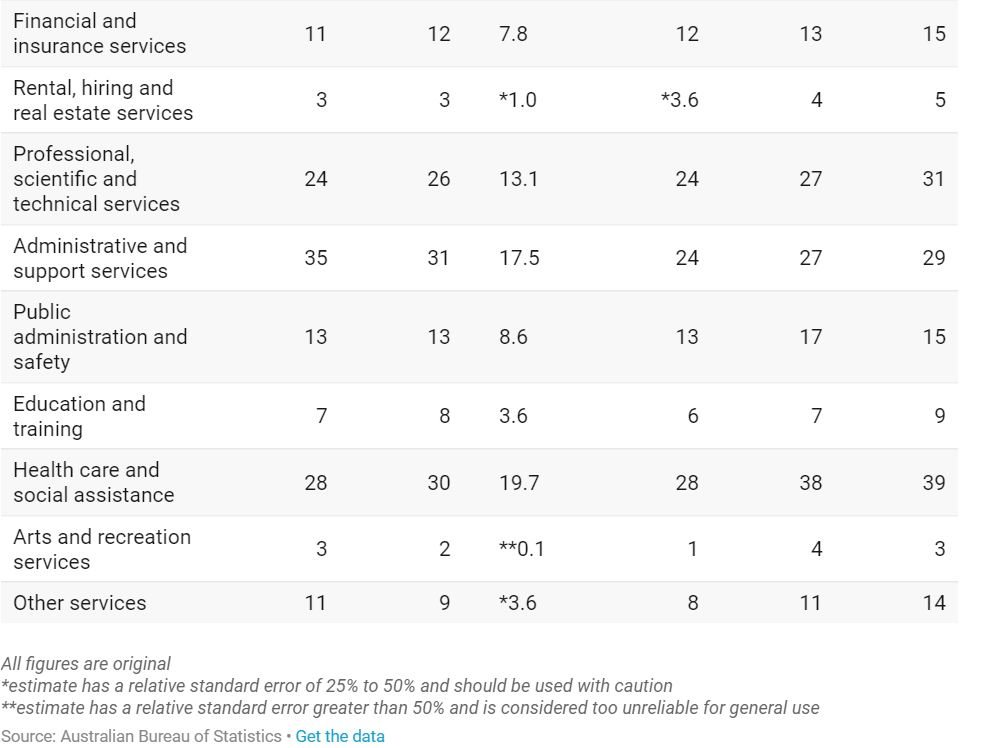 The hunt for right talent

Employers say they don't have a sufficient number of employees, more than two-thirds (68 percent) say the main factor influencing the number of employees is the inability to find suitable staff.  If you dive deeper into the data, the problem is most acute for large businesses (with 200 or more persons employed) and medium businesses (with 20 to 199 persons employed).

When asked about the most significant hurdle to finding suitable staff, large businesses highlight ‘having international borders closed’, as one of the reasons.

The federal budget, released earlier this month, indicated that the international borders could remain closed until mid-way through 2022. Further,  the migration program will also remain capped at 160,000 places in 2021-22, with treasury estimates suggesting it will take at least another two years for migration to return to pre-pandemic levels.

As per a SBS report, Australia is set to lose another 96,600 people in net overseas migration this financial year, worsening the labour market situation. ‘

With the borders closed and the draught of diversity of talent, employers are now also dealing with the demanding massive pay rises, especially among tech professionals.

Is promoting opportunities for skilled migrant workers the solution?

To curb the talent shortage and accelerate the growth of the continent, The Grattan Institute has suggested that Australia’s skilled migration system should be overhauled to favour younger migrants and the business investment visa should also be scrapped.

Some of the changes that they have recommended include scrapping the skill shortages list - which prioritises potential migrants in certain professions - and increasing the minimum earning threshold for employer-sponsored visas in all occupations from $53,900 to $80,000 a year.

Coates believes that as skilled migrants tend to be younger, have more skills, and earn higher incomes than the typical Australian, they generate a fiscal dividend for Australians because they pay more in taxes than they receive in public services and benefits over their lifetimes.

As per the report co-authored by Coates, the recommended changes would better target people with the most valuable skills, which could eventually boost the budget by at least $9 Bn each year.

The COVID-19 pandemic does act as an opportunity for the country to hit reset on their migration policy and make way for more skilled professionals, but how the government creates more opportunities for current and aspiring migrants, and also promotes local talent would be key.

Drishti Pant is Assistant Manager - Content with People Matters. You can reach her at drishti.pant@gopeoplematters.com
NEXT STORY: Reshaping workspace dynamics, the Gen Z way

The missing link in the employee engagement journey

40% of APAC companies are budgeting more for pay this year

The criticality of critical thinking

The 5-Spice Recipe for Organizations to Step-up Post Pandemic