Jasmmine Wong, the CEO (Greater China and Singapore) of multinational automotive distribution firm Inchcape, is looking to hire entrepreneurs who can work within the corporate structure, people who can innovate within an existing framework of constraints. It's a difficult profile to find, especially in the automotive industry, which she characterises as being more than a little conservative and resistant to change – not the most appealing environment for innovative people.

But that makes it all the more critical for companies to overhaul their approach, Wong told People Matters. The automotive industry is undergoing a period of prolonged major disruption because of Elon Musk's Tesla and the sustainable energy transition, and she believes there's no going back: not with today's global awareness of sustainability and climate change, not to mention the additional upheaval caused by ongoing supply chain issues and chip shortages. Companies need to find ways of attracting and retaining talent who can bring the business forward into the future.

It's tricky, though. Today's talent is particular about what they want from work, the workplace, and the leadership.

“These are very creative people, who will often surprise you,” Wong said. “But they are very difficult to hold on to. They look for bosses who are on the same wavelength as them, who can inspire them, who empower and trust them, who understand them, who push just as hard as they do to create that fit between them and the role. That's a very high expectation of the boss.”

Wong herself has spent the last five years investing in making her own company attractive. She joined Inchcape in 2017, coming from a regional leadership position at Nestlé, and immediately realised that the company's existing workplace and work culture would hold it back both in doing business and in finding new talent.

“It's the small things that you notice first,” she said. “When I first came in, people would address me as 'Ms Wong'. In this part of the world, we represent the major Japanese automakers, and Japanese work culture is very hierarchical, very traditionalist, very male-dominated. That rubbed off on our culture.”

On top of this, individual departments were deeply segregated, to the extent where people even felt they needed permission just to mingle, and the physical layout of the workplace intensified the siloes – photos of the old office layout show a stereotypical old-fashioned cubicle farm, the decor plain and undifferentiated, with high separators and very few meeting rooms.

Coming from the FMCG industry, where the workplace culture is much more open, Wong saw immediately that this hierarchy was slowing the entire company down: discouraging cooperation, inhibiting the flow of information, making all kinds of communication more difficult. Breaking down those barriers was critical – starting by trying to get people to call her by her given name.

“We had to make sure people understand that we are here to work with everybody, that we're on the journey with them rather than being far away on a different level,” she said. “It wasn't easy, and it took us a while.”

The second thing that struck her was just how much time she was spending on paperwork. Almost every day, she would have to personally sign off on time sheets, because payroll processes were entirely manual and structured to require layers of approval. And it wasn't just payroll. Applications for leave and medical benefits required still more manual paperwork. 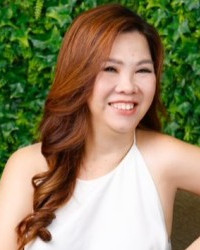 Modernising that system was an entire journey in itself. For that, Wong joined forces with Jenny Leong (right), Director of Human Resources and Internal Communications for Greater China and Singapore, who came on board the year after she did, and the two of them pushed through a major digitalisation of HR processes. Manual time cards and medical claims forms were out; clocking in and claiming benefits via smartphone were in.

They digitalised external processes as well, after Wong noticed just how much time and resources were going into filling in applications for car purchases. That project alone took several years, creating a system that streamlined all the required forms, automatically populated all the information required, and even handled all related applications and claims, such as insurance, as part of a single process.

And then there was diverse hiring. Wong was the first woman to be hired into the regional leadership position, a daring decision for a company that works so closely with Japanese clients, and once there, she started bringing in more women, and people from outside the industry.

“As a woman, I have no qualms about bringing diversity into the organisation, because I recognise that the way men and women look at things is very different,” she said. “So I brought a very diverse team on board, and when I hired, I hired from outside the industry. I looked for people with potential, regardless of who they were or where they were from.”

And it was an uphill battle all the way, she recalled. People couldn't get used to a less formal culture; they had trouble adapting to the new technology and even spent time and resources trying to circumvent the new systems; they were frustrated with having to deal with new colleagues who did things very differently and needed to be educated about the industry.

“It was an extremely difficult time,” Wong recounted that period. “My first year was horrendous. The second year was just as bad. But in the third year, things began to settle down. And then COVID happened.”

When crisis works in your favour

Once people had come to terms with the massive disruption of the pandemic, Wong noticed something curious. They were also coming to terms with the changes she was making in the workplace, and they were doing so much more quickly than she would have originally expected.

“If not for COVID, we would have taken a much longer time to progress,” she said. “During the pandemic, the cultural barrier became much lower, and also the willingness to experiment became much higher. Where people might have been uncomfortable in the past and needed a lot of convincing, they instead started to be more tolerant of changes.”

One of the biggest mindset changes was in attitudes toward flexibility. Both Wong and Leong – who joined Inchcape from The Walt Disney Company – were keen on transitioning to a hybrid environment, but they did not want to impose an unwanted setup on the staff either. Mid-pandemic, they decided to take the opportunity to overhaul the office space, and surveyed the staff on how they wanted to work going forward.

So the office space in Inchcape's Singapore headquarters underwent a full refurbishment, with separators removed to open up the layout, meeting spaces added to encourage collaboration, and an overall more airy, modern feel introduced to reflect the cultural shift that Wong and Leong have together been driving. And meanwhile, people's attitudes to hybrid work were undergoing a similar evolution.

“This is part and parcel of talent recruitment and retention,” Wong said.

“The idea of a hybrid, flexible working environment is no longer new. It has become the norm, and if you don't follow it, you will become very unattractive to new talent.”

Leong has seen this first-hand in her recruitment efforts. Candidates are actively asking what the workplace is like, she said: “They ask us about the details of the working environment and the working hours. And that has actually helped us to attract people. We can say that we focus on deliverables rather than just coming to the office. And the interesting thing is that many people who aren't familiar with the automotive industry wouldn't realise our approach is quite different from what other companies, our competitors, are doing.”

What will help a company survive the next wave of change?

If a company, or an entire industry, is to do well in today's environment, everyone in it needs to have three fundamental traits, Wong believes.

“Data centric. Digital-driven. And able to do more with less,” she said. “Easier said than done.”

There are a few simple ways to assess this, though. Firstly, digital savviness can be very easily seen by someone's digital footprint: their social media presence, their general awareness of today's most common technologies, how active they are on various online channels.

Secondly, a person's ability to do more with less can be gauged by their ability to adapt to different situations – whether they have the flexibility and judgement to respond appropriately to something that happens outside the location, time period, or even culture that they are familiar with. And finally, Wong puts weight on someone's ability to communicate effectively with consumers even when not physically present.

“It's not easy to find such people,” she said. “I have interviewed so many people, and while many of them claim to meet the requirements, they don't necessarily have the skills.”

She has successfully hired several, many of them younger talent who also bring the much-coveted entrepreneurial mindset. Keeping them beyond the first six months is still a challenge – these people have options, or believe they have options, and are ready to move on and experiment.

But that's where the company, too, has room to grow and evolve, she believes: not just to be attractive to young talent, but also to be future-ready.

“We should always be curious about how to be even better than the competition. Life, the world, is always changing. We cannot take for granted that things will happen the way we assume. Always evolve. Always be ready to change.”

Mint is working as a Senior Editor with People Matters. You can reach her at mint.kang@gopeoplematters.com
NEXT STORY: Mind over matter: Promoting mental well-being at workplace

3 in 4 Indian startups want to enter US market, but talent remains a challenge