Article: How UK based inside voices is building a Glassdoor for diversity

Before joining any company, the first thing which jobseekers normally do is check out the company’s ratings on Glassdoor. The ratings and reviews give a fair idea of what the company culture is like. Transparency is a critical factor that shapes every candidate’s decision.

But how do we make sure that if a company is advertising itself as diverse, it is actually walking the talk? Many companies say they celebrate diversity, but they don’t always practice what they preach. What if there was a Glassdoor which actually revealed if companies were actually building an inclusive environment or not?

It is these reasons that led to the genesis of inside voices. Inside voices came about in the summer of 2020 when companies were scrambling release press releases to show how anti-racist they were. 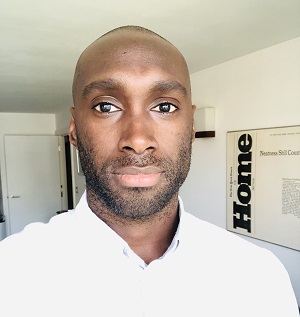 Ekow Sanni-Thomas Founder, CEO of inside voices says, “Every company was releasing versions of the same statement, including the company that I was working for. At the same time, the protests had awakened a new level of discussion among my friends about how Black people are treated. Since we’re mainly Black professionals, the topic quickly veered towards people’s personal experiences at work and how the ongoing civil rights movement was impacting them. It was clear that even though our companies were all saying the same thing, there was a wide variety of behavior, and most of it sounded nothing like the press releases. The only people that seem to know the truth were the employees.”

Some of those companies had reputations for being socially conscious, and this was contributing to their ability to keep recruiting - then disappointing and replacing - people of color. So, inside voices was born out of a need to have transparency and accountability around the way that companies treat people of color, whether that be employees, customers, or suppliers.

“Because if every company that said it was anti-racist was actually anti-racist, there would be more than 5 Black CEOS in the Fortune 500,” adds Ekow.

The platform asks people to review their employer, by answering a series of questions about the range of ways that race impacts their workplace. The questions are mainly multiple-choice so writing a review takes just 3-4 minutes but it ends by asking whether reviewers would recommend their company to a person of color and why. That’s where it gets the real context that helps inform job-seekers on whether it’s a company that’s likely to value and nurture them or not.

Companies get a score based on the reviews, and the written answers to the “Why?” question are posted on the company’s page.

Ekow adds, “All of the information is posted anonymously as it’s important that we give people a safe space to tell the truth about what’s happening. We’re here to provide a buffer between the companies who say they want feedback and the employees who want to be heard but fear retribution.”

Advising companies on how to build more inclusive workplaces

The firm is very early in its journey so right now its focus is on collecting reviews and optimizing the experience. However, down the line, there are use cases for the data it holds on what impacts people’s sense of belonging at companies. The clearest is to use this to advise companies on how to build more inclusive workplaces.

Speaking on traction further, Ekow says, “As far as traction goes, when I speak to people of color, and especially Black people, they’re surprised it took so long for something like this to exist. We need this. Right now there’s a lot of guesswork in inclusion, and we feel that given the data analysis tools of today, we can fill in some gaps while continuing to protect the identities of reviewers and our community.’

And the data has been pretty informative till now. For example, despite giving their companies lower scores overall, white respondents have been more likely to say that they would recommend their company to a person of color. That really highlights that there’s a difference between what even people of color and white people (who identify as anti-racist) think the standard should be.

Currently, the platform has launched in beta and is looking for feedback.

Ekow adds, “I’d encourage anyone who considers themselves anti-racist, to review their company today and drop us an email if they think there’s something else we need to know. We’re going to keep improving it, to make it to the product that professionals of color need it to be. So we’re all ears.”

There are a few key aspects that make what differentiate the platform from other review sites. Firstly, the reviews posted are completely anonymous. Some review sites include characteristics of the reviewer when they post reviews and this could clearly be an issue if you’re, for example, one of two Black people at your 100 person company.

Most importantly though, the firm is dedicated to helping people understand how race impacts workplaces. That conversation isn’t happening anywhere else. When most review sites ask about diversity, they don’t even bother to differentiate between race and gender, etc.

“I don’t think anybody genuinely believes that a Glassdoor rating on diversity gives them insight into how they’ll be treated as a person of color. The question’s more nuanced than a 5-star rating can answer,” adds Ekow.

Banking on transparency to amplify diversity

The company’s vision is to improve representation in leadership by improving retention. That’s only going to happen when companies start listening to what employees are saying about what’s wrong. Companies aren’t listening now because figuring out how to fix the problems feels too expensive. Since there’s no way for anyone to hold them accountable, they see improved diversity as a “nice to have”. Inside Voices wants to move it into the “essential” column.

Companies say they want to be diverse, but it’s so far away and it seems so hard that they need a little push. It’s widely known that transparency is a great motivator, so inside voices is here to give companies the jolt they need. It will also give well-performing companies an advantage in hiring talent - which they deserve. 76% of people say they want to work for companies that embrace diversity, equity and inclusion. It would be nice if 76% of companies actually did that.

Given that the pandemic has further highlighted and accentuated the need for diversity for organizations to ensure all employees irrespective of gender or color are treated at par, it will be interesting to see how far a dent will inside voices be able to make with its vision to be the Glassdoor for diversity.

Shweta is working as an Editor with People Matters. You can reach out to her at shweta.modgil@gopeoplematters.com
NEXT STORY: How HR can keep a seat at the table with lasting EX success

Prioritising wellness to thrive in the new world

5 movies every HR professional must watch in 2022

Women Trailblazers of 2021 | Five Wonder Women Who Ruled the Headlines